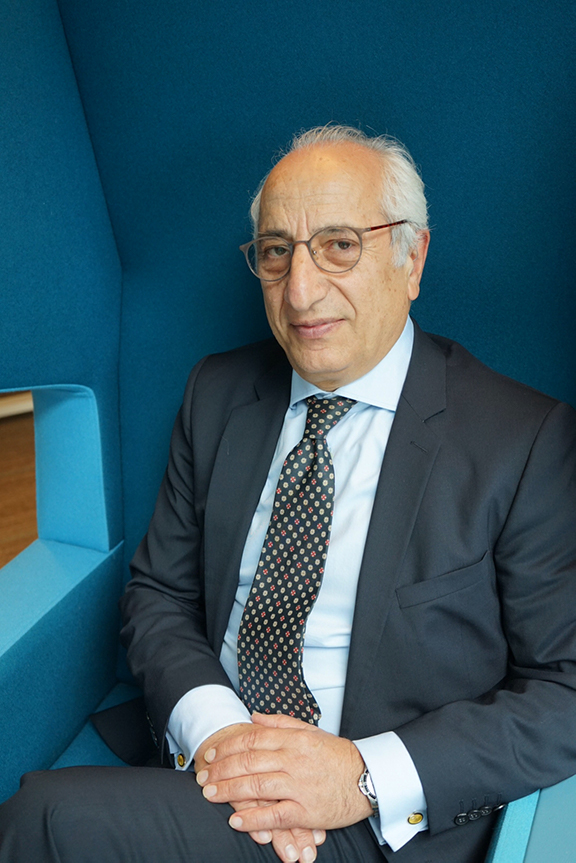 Judge Ameli has more than thirty years of hands-on experience in international arbitration with highly renowned international judges and arbitrators in complex and sensitive treaty and commercial cases. He served as a judge of the Iran-United States Claims Tribunal from 1985 to 1987 and 1990 to 2009, where under the Algiers Accords of 19 January 1981 between Iran and the United States, he decided over 100 major civil and commercial disputes arising from contract, expropriation or other measures affecting property rights of private parties against the other State or its State enterprises as well as disputes arising from interpretation and application of treaty or purchase and sale of goods and services between the two States or their State enterprises.

The cases involved almost every issue of public and private international law. During 1985-87, he sat in these cases with former President of the Tribunal, Judge Gunnar Lagergren and Judge Howard Holtzmann as well as in a number of cases with President Karl-Heinz Bockstiegel, all from Chamber One of the Tribunal. Later, from 1990 to 2009, he decided the cases with the then Presidents of the Tribunal, Robert Briner (Chairman of the ICC International Court of Arbitration), Jose Maria Ruda (former President of the International Court of Justice) or Krzysztof Skubiszewski and Judge George Aldrich at Chamber Two of the Tribunal. As a judge of the Full Tribunal, he also worked with these and Judges Bengt Broms, Arangio-Ruiz, Michel Virally, Charles Brower, Richard Mosk, Richard Allison, Carl Salans and Gabrielle McDonald, in addition to Iranian colleagues.

From 1990 to 2009, he also was a member of the Tribunal’s Committee on Administrative and Financial Questions, which dealt with the important budgetary and administrative matters of the Tribunal as well as the Tribunal’s privileges and immunities under its headquarters agreement with the host State. The Committee’s tasks gained additional significance since its decisions were mostly endorsed by the Full Tribunal, where the two governments and Tribunal personnel, including the judges, had to comply with them.

Prior to his service as a judge, Koorosh was a legal adviser to the Tribunal from 1981 to 1985, where he assisted the Tribunal in its formative years, including in the modification and adaptation of the UNCITRAL Arbitration Rules to the Tribunal Rules. In this period, Judges Pierre Bellet, Nils Mangard and Willem Riphagen were also members of the Tribunal.

During 1988-1990, he acted as the Director for Legal Research of the Bureau for International Legal Services of Iran in The Hague. In this period, he was involved in the litigation of two major cases for the applicant before the International Court of Justice, which ended successfully after he left the Bureau. Aerial Incident of 3 July 1988 (Islamic Republic of Iran v. United States of America), where Iran won $61.8 million for the victims plus an asserted $40 million for the aircraft as part of total amount of $ 131.8 million in settlement, which also included few Iranian cases before the Tribunal. Order of 22 February 1996, I.J.C. Reports 1996, p. 9 and Iran v. United States of America, Award No. 568-A13/A15 (I and IV: C) A26 (I, II and III)-FT, (22 Feb. 1996), 32 Iran-US CTR 207; Oil Platforms (Islamic Republic of Iran v. United States of America) which ended in partial but significant success for Iran by Judgment of 6 November 2003, I.C.J. Reports 2003, p. 161. When with the Bureau, he worked on the Aerial Incident case with Eversheds and outstanding QCs who also worked on the Oil Platforms case.

In 1990, Judge Ameli was appointed by the Permanent Court of Arbitration (PCA) as a member of its prestigious Expert Group and Steering Committee, which during 1992-1997 codified four sets of arbitration rules for disputes between States, between States and other parties, between States and international organizations, and between international organizations and private parties. They also adopted conciliation rules, rules for fact-finding commission of inquiry, guidelines for arbitration of disputes arising under multilateral agreements and multiparty contracts, and rules for the operation of a fiscal assistance fund for settlement of international disputes. As envisaged, these together revitalized the operation of the PCA.

During 1995-97, he acted as Presiding Judge of the Semi-Finals in the Telders International Law Moot Court Competition (18th-20th) The Hague, where he was voted as one of three most favored among more than sixty judges.

He has served as an arbitrator in major International Chamber of Commerce and ad hoc international commercial arbitration cases involving telecommunication and petroleum industries since 1982.

Since his separation from the Tribunal, Koorosh has been called as an expert witness by European companies in foreign investment, bilateral investment treaty and international commercial arbitration cases. He also has acted as counsel in international commercial arbitration cases or as ad hoc legal consultant in international litigation or arbitration. He is engaged as an expert legal consultant in the class action, Barboni v. Republic of Argentina, before the US Court for the Southern District of New York (SDNY) for damages arising from Argentina’s default on its Eurobonds in 2004 and in another class action for antitrust damages against a multinational company before the Third Circuit Court of Appeals in Philadelphia. In addition, he is a Distinguished Associate with FACTS Global Energy, a major international oil and gas consulting firm, where he may advise on a case by case basis.

Koorosh graduated from the National University of Iran Law School, LL.B. with distinction in 1973 and from Harvard Law School, LL.M. in 1977 and conducted graduate studies at George Washington University Law School before moving to The Hague in 1981 to work with the Iran-United States Claims Tribunal. His Harvard LL.M. Degree Paper, was on Certain Legal Problems of Foreign Investment in the Mining Industry of Iran (with Emphasis on Petroleum), supervised by Professor Hal S. Scott. His graduate studies at George Washington University concerned determination of royalty in technology transfer to developing countries (downstream petroleum industry). He previously worked with two major international law firms in the United States, that is, as a summer associate with Baker & McKenzie, Chicago, in 1977 and as an associate (foreign intern) with Chadbourne & Parke, New York City, in 1978-79.

Judge Ameli has rendered legal opinions on Iranian law and international law. He is fluent in English and Persian with a good reading ability in Arabic.

He is the Director of Ameli International Arbitration, a legal consultancy firm, registered in The Hague since 2010.